We have 3 languages across 9 countries.

Search Certified
Products and Systems
Home
Looking for certified products and systems instead?

Nina served NSF for 30 years, including 15 years (1980 to 1995) as NSF’s President and CEO. Under her leadership, NSF first began expanding its services beyond North America. Many longtime NSF employees remember her fondly.

“Nina took the helm of NSF at a time when there were very few women in CEO roles, so she was a role model and leader in every sense of the word,” said Kevan P. Lawlor, President and CEO of NSF International. “She was a strong, outspoken leader who didn’t mince words and she was relentless in her advocacy for public health.”

As a scientist, she played an essential role in developing safe drinking water standards that are used worldwide.

“One of her most significant accomplishments was development of two American National Standards that set requirements for the reduction of harmful contaminants, including lead, in all products used in U.S. public drinking water systems,” Kevan Lawlor said. “At the time, there was tremendous opposition to this, but through sheer determination, her extraordinary powers of persuasion and her passion for public health protection, she was able to make this lasting contribution to public health. These standards are still relevant today and hundreds of millions of consumers have access to safer drinking water as a result.”

Beyond her work at NSF, she also served as a water expert to the United Nations, a board member of the American

National Standards Institute (ANSI), President of the American Chemical Society and Dean of the College of Arts and Sciences at the University of Toledo.

As Chair of ANSI’s Environmental Sectoral Group, she led the harmonization of water and plumbing standards across the United States, Canada and Mexico as part of the North American Free Trade Agreement (NAFTA).

“I accompanied her on trips to Mexico for meetings with her male counterparts who were both taken aback and in awe of the leadership she demonstrated,” said Hazan. 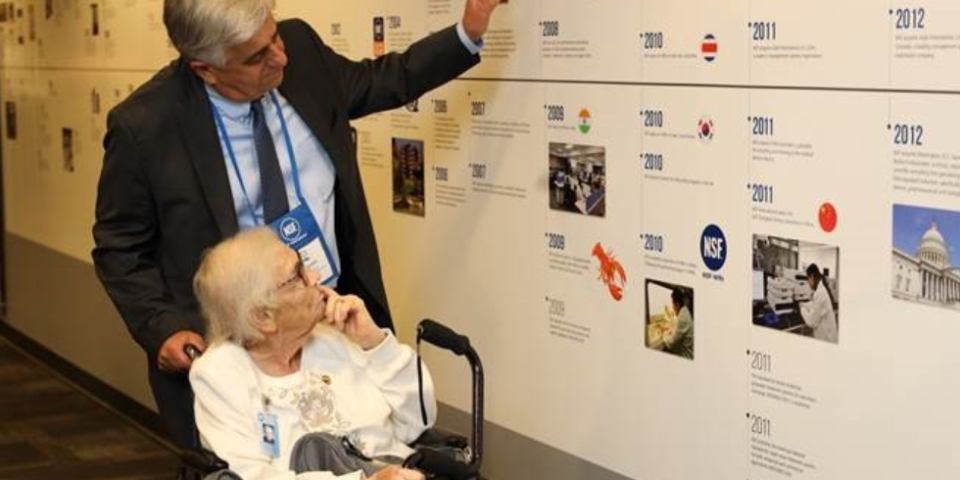 “Nina was a good friend and it was a privilege to have worked with her over the years,” Kevan Lawlor said. “She was truly a great lady and she will be missed by many.”