Home About NSF Our People 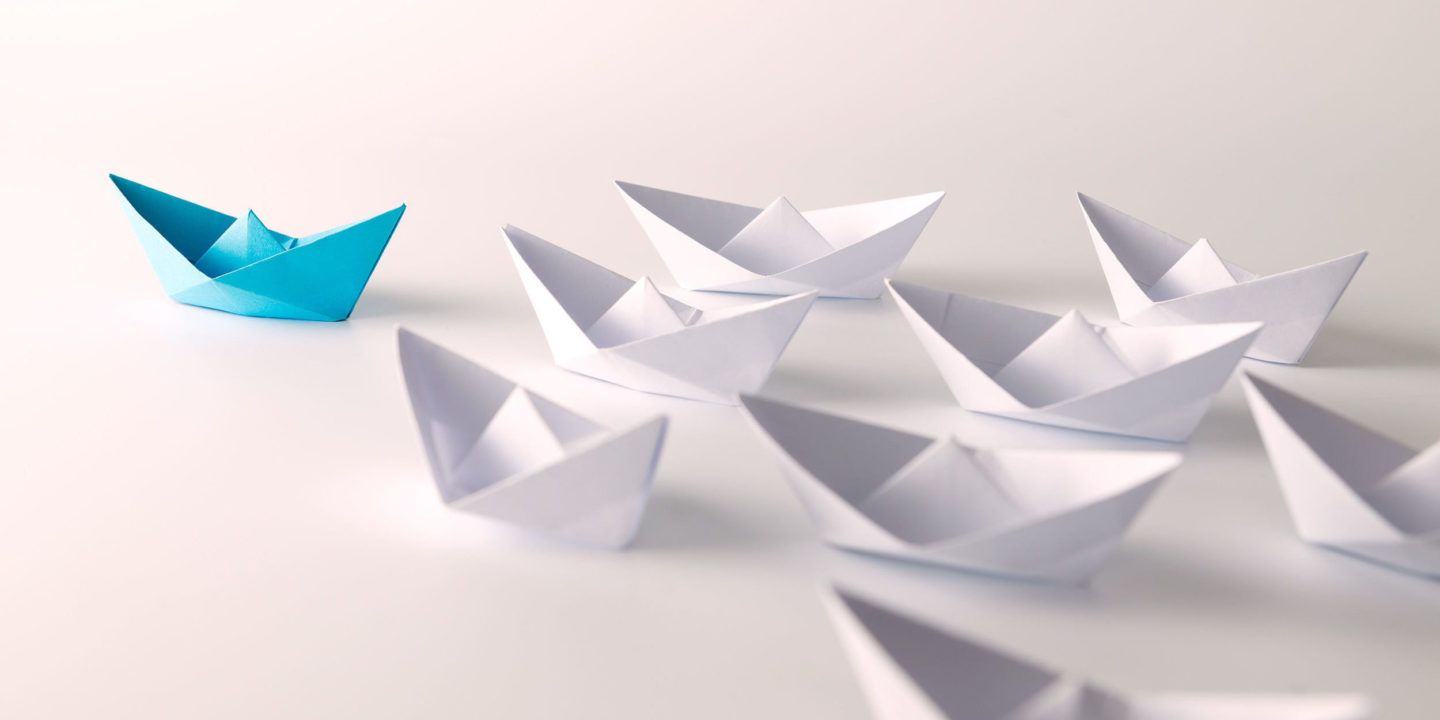 NSF’s leadership team is responsible for defining and implementing our strategy and operations in line with our corporate mission.

Kevan Lawlor has served as President and Chief Executive Officer of NSF International since 2003. He has been with NSF International for over 30 years, holding previous positions as Chief Financial Officer, Senior Vice President of Food Safety and President of NSF International Strategic Registrations (NSF-ISR). Under his direction, NSF International has become a global organization and continues to expand into new markets with added services in standards development, testing, certification, auditing, training and consulting. Under Mr. Lawlor’s leadership, NSF International has expanded to deliver services in 180 countries while helping governments, regulators, industry and consumers in critical areas to improve public health and the environment. He has served as Chairman of the Board for the American National Standards Institute, as a member of the Dean’s Advisory Board at the University of Michigan School of Public Health and on the Board of Trustees for Cleary University.

Paul Anderson has 30 years of experience in testing and certification, business planning and strategy, program management and engineering. He has a proven track record of leadership and management contributions through a consistent focus on customer service and profit and loss responsibilities. Mr. Anderson started at NSF International in 2011 and has steadily progressed through demonstrated success with laboratory operations, including technical and commercial aspects of the business, serving most recently as the Ann Arbor Laboratory Director and the Ann Arbor Engineering Laboratory Director. Prior to joining NSF, he spent nearly 20 years in the auto industry, most recently as Global Platform Manager of a business platform generating over $250 million annually across three continents.

Tom Chestnut has expertise in food safety and quality throughout the supply chain. He joined NSF in 2006 as Vice President, Supply Chain Food Safety and in 2010 became Senior Vice President, Global Food Division. He is the co-founder of EyeSucceed, NSF’s smartglass technology start-up and is the co-inventor on NSF’s first U.S. patent for the use of augmented intelligence and smartglass technology to detect and correct food safety issues in real time. Mr. Chestnut started his career as an Environmental Health Professional in state and local public health departments and then spent 20 years at Darden Restaurants working in restaurant quality assurance and global supply chain food safety, and as Vice President, Total Quality. He is the former Vice Chair for the Conference for Food Protection and former President and Vice President of the Industry Affiliate for the National Environmental Health Association.

Karen Kreza joined NSF International in 2018, and has 20 years of human resources experience. Prior to joining NSF International, Ms. Kreza worked at Honeywell International, where she held various roles of increasing responsibility, most recently serving as Global Senior Human Resources Director. She also worked at Chrysler LLC, providing leadership in all aspects of human resources, and at Robert Bosch LLC, a multinational engineering and electronics company where she developed a high-potential trainee program and a human resources web-marketing strategy, maximizing university relationships and increasing candidate flow.

Colette LaForce has more than 20 years of experience leading global marketing, product marketing, digital, brand and communications teams across the technology and professional services industries. She oversees NSF’s marketing, communications and regulatory affairs teams worldwide. Prior to joining NSF, she served as Chief Marketing Officer for various organizations, including Fortune 500 technology provider AMD, professional services firm ICF, IT solutions provider Dell Services, consumer digital platform Cars.com and computer systems manufacturer Rackable Systems. Ms. LaForce has been named one of the 50 Most Powerful Women in Technology and CMO of the Year, and currently serves as board chair at the agrarian nonprofit Farms Work Wonders. She has previously served as a board member for the sustainability consortium The Green Grid.

Martin Lush has over 40 years’ experience in the pharmaceutical and health care industries with specialized knowledge of all aspects of development, validation, manufacture and supply of vaccines, advanced therapeutics, combination products and biotechnology medicines. He has held global leadership positions in manufacturing strategy and operations, quality assurance, supply chain (resiliency) and logistics, and business improvement/optimization. Mr. Lush is a sought-after conference speaker and a global thought leader on the challenges facing health care in the post-COVID era (digital medicine, modernization of regulatory processes and governance, culture change and reshaping organizations to be more resilient). He has worked in over 50 countries and is a respected advisor to government agencies, investment institutions, health care foundations and industry C-suites.

Lesley Ma has strong experience in business transformation, IT strategy, digital innovation, large-scale program implementation and driving continuous improvement efforts in the oversight of NSF International’s IT and continuous improvement teams. Prior to NSF, Ms. Ma was Global CIO for General Motors’ Cadillac division, where she co-led a brand repositioning that was enabled by new digital experiences and customer/product engagement. She also served as CIO for GM’s ASEAN region on assignment in China. She led global initiatives including strategic insourcing and outsourcing, enterprise program and system implementations, acquisitions/divestitures and multimillion-dollar contracts for IT products and services. She serves on the NAFE Top Executive Roundtable, Ascend AEN Operating Committee and Society of Information Management, co-founded Women-in-Technology Group NYC (WinTEG) and is an advisor to technology innovators and educators.

Dave Purkiss has over 30 years of experience in the water and plumbing industry. Mr. Purkiss is responsible for all of NSF International’s water programs worldwide, including offices in the U.S., Belgium, China, India, Korea and the UK. During his time at NSF International, he has worked on several major initiatives in the water industry including assisting in the development of NSF standards and certification programs. Mr. Purkiss is currently the chair of the American Water Works Association (AWWA) Polyelectrolytes Standards Committee.

Joel Schellhammer leads corporate strategy development, mergers and acquisitions, standards development and digital and disruptive innovation. Prior to NSF, he was Vice President of Growth at Steelcase, leading a global team delivering category marketing, product development, customer experience and digital innovation. Earlier at Steelcase, he was Global Head of Strategy, leading the creation and execution of corporate and business unit strategies and global corporate business development. Earlier, he held several roles at Kimberly-Clark, including leading its $1B North American Health and Wellness business. He also worked at McKinsey with Fortune 100 retail and CPG clients and was a member of its Sales and Marketing Practice. Mr. Schellhammer was named to Grand Rapids 40 Under 40 Business Leaders and serves on the boards of ArtPrize and the Michigan Colleges Alliance.

Petra Schennach has over 20 years of experience in corporate leadership, training development and management. Before taking on leadership of NSF’s Growth Enabling Transformation Team, she served as Global Managing Director of Training and Education for NSF’s Food division. In that role, she was responsible for the strategic growth and global expansion of NSF International training services. Prior to joining NSF, she was President and Chief Operating Officer for the Guelph Food Technology Centre, serving on the organization's board of directors and managing the training, marketing, accounting and administrative support departments. In an earlier role at the University of Guelph, she directed the Continuing Education division at the Office of Open Learning, where she led the university’s training outreach and extension activities for industry.

Michael Walsh is a Certified Public Accountant and had 16 years of public accounting experience prior to joining NSF International in 2003. Mr. Walsh has both accounting and tax expertise and has worked in a variety of industries including manufacturing, service, governmental and nonprofit. As NSF International’s Chief Financial Officer, he oversees all global and domestic financial functions including accounting, acquisitions, budgeting, purchasing, facilities, insurance and treasury. Mr. Walsh has also served on the Board of Directors of various nonprofits, most recently the Humane Society of Huron Valley.